Mastella Jackson, an Appleton woman, was found guilty of stabbing and killing her husband, Derick Whitlow, in 2012, and fans are eager to know where she is today.

A woman was found responsible for the 2012 slaying of her husband at a hotel in Grand Chute. A jury in Outagamie County found Mastella Jackson, 39, of Appleton guilty of first-degree intentional homicide.

Defense lawyers claimed that there was insufficient evidence linking Jackson to the stabbing death of Derrick Whitlow. The Wisconsin Supreme Court upheld an appeals court ruling to reintroduce certain physical evidence in the case.

Judge Mark McGinnis of Outagamie County decided in 2014 that police had wrongfully interrogated Jackson. According to USA Today Network-Wisconsin, McGinnis withheld those remarks and some physical evidence that was discovered based on them.

Where Is Mastella Jackson Today?

Mastella Jackson was found guilty of first-degree intentional homicide and bail jumping in November 2016. She stabbed her husband Derrick Whitlow in a Grand Chute hotel in 2012.

She was sentenced to life in prison by Outagamie County Judge Mark McGinnis and is currently serving time at the prison. According to his decision, Jackson will be eligible for extended supervision 35 years after the offense was committed, or in around 30 years. 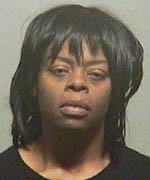 Whitlow’s brother and sister-in-law, a lifelong friend, and the couple’s two sons talked at the difficult sentencing about the crucial role Whitlow played in their lives and how they have battled since his passing.

In 2012, Mastella Jackson stabbed her husband, Derrick Whitlow, in a hotel in Grand Chute. After numerous rulings and appeals based on claims Jackson made, it took years for the case to reach trial.

Before starting its deliberations, the jury heard testimony over the course of nearly a week. James Whitlow, Whitlow’s brother, attempted to confront his brother’s murderer in court on Thursday by leaping out of his seat.

A number of people had to hold him back because it became so tight. It was ordered that everyone vacate the courtroom. The room was bursting with emotion, not just screaming.

Derrick’s brother James Whitlow and his wife took in the couple’s sons, and he thinks of his brother when he sees the two teenage boys interacting.

At trial, District Attorney Schneider testified that after purchasing a knife, Jackson went to the motel where Derrick Whitlow was staying 40 hours later and stabbed him 30 times. The bloody clothing she was wearing was discovered by police in her home’s trash bin.